The Berg River Dam in the upper reaches of the Berg River near Franschhoek, approximately 90 km from Cape Town, forms an important part of the Western Cape Water Supply System.

As part of the construction project, the footprint of the dam (approximately 700 Hectares) had to be cleared of all vegetation. Felled trees and bush had to be chipped and stockpiled in an area off site in Robertsvlei, the wood chips were to be used for future rehabilitation of the vegetation downstream of the dam wall and excess wood chips were given to farmers to use as mulch or to make into compost.

Initially the area that the dam wall was to be constructed on had to be cleared before clearing of the rest of the dam’s footprint.  Working within the strict time schedule was of paramount importance in order to prevent delays to construction teams.

The companies Site Force cc & Fastfell cc belonging to Shaughn and David Frost were awarded the Land Clearing Contract. Local labour was employed for the felling and stock piling of vegetation in wind rows. A Horizontal Grinder mounted on tracks Recycler as well as a Horizontal Whole Tree Chipper was used for chipping the bulk of the trees and bush. Five hand fed Chippers were used alongside the haul roads to make fire breaks.  An average of 7 Hectares a day was cleared.  In December 2006 a fire swept through the valley, putting a temporary halt to the clearing process. Site Force cc & Fastfell cc completed the clearing contract in early 2007.

• A supplement scheme including

– A diversion weir across the Berg River 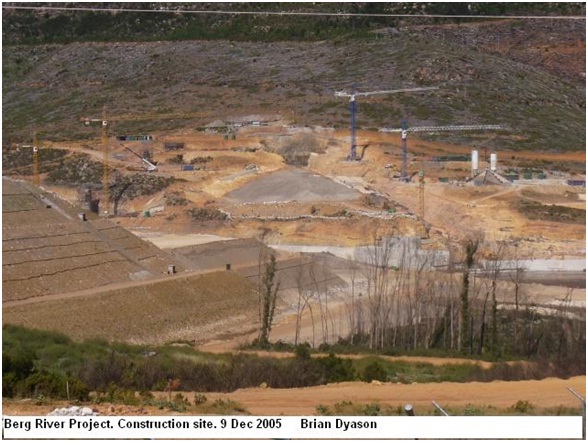 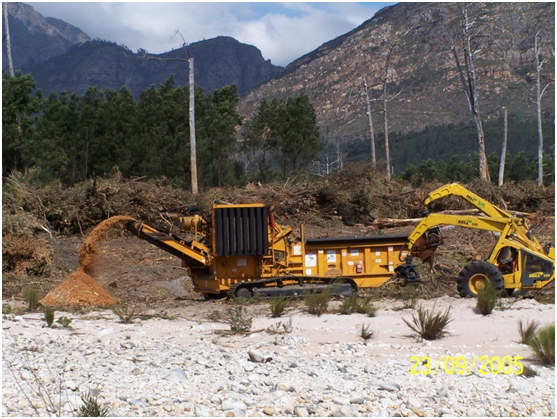 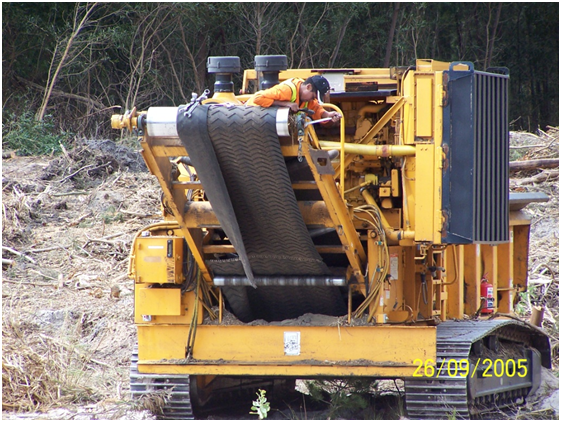 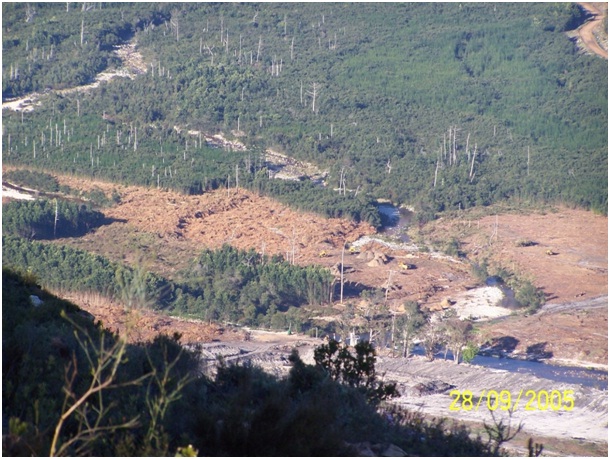 Kindly leave your details so that we can contact you